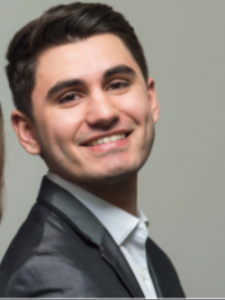 A BSc Computer Science and Management (ITMB) and MSc Banking and Finance graduate from Queen Mary University of London, Ryan works as a Product Manager in Barclays’ API Business; developing and managing API products for third party developers to consume.

He has had a strong belief for some time that empowering yourself through education can be a catalyst for change.

’Personally, my breakthrough came when I discovered my natural ability for maths in primary school. A turning point that made me believe in myself. The reason I became a trustee is because I want to contribute towards more children having the same breakthrough I did with education.

And as a younger trustee, Ryan hopes to bring a new perspective from the millennial mindset.

I’m passionate about closing the digital skills gap, a particular area of focus being on the STEM subjects (Science, Technology, Engineering, and Maths). So I hope to have a positive influence in theise areas in both schools within the academy trust. And I hope to bring a lot of best practice from industry on ways of working, smart thinking and creating a positive environment for both students and teachers.

And for Ryan, using the Inspiring Governance portal was more straightforward and quicker than expected.

‘Within a couple weeks of signing up I was contacted by the Executive Headteacher for the academy trust and conversations started from there. I have also been contacted about other one-off opportunities like assembly talks and career fairs; which I have loved taking part in’.

And after getting placed as a trustee, Ryan was then also able to take advantage of the training support package from the NGA which was a great added benefit.

And the interview process was equally simple and straightforward.

While meeting the Executive Headteacher I also got a tour of one of the primary schools, got to meeeting the Headteacher and other staff members. It was a great opportunity to get to know the school, see how the children interacted and see pieces of student’s work. I left the school with an amazing feeling of excitement that lead me to becoming involved as a trustee.

And Ryan would recommend school governance to a friend.

‘I have already recommended some of my friends to consider becoming a governor/trustee and have directed them to look at the Inspiring Governance portal. It’s an amazing opportunity to give back to your local community and develop yourself. Before I signed up I spoke to a friend of mine who is a local governor and this really helped me to establish what the role entails.

Since becoming a trustee I’ve also reached out to some work colleagues who are governors/trustees who have shared some valuable insights and experience with me. If you are passionate about education and want to add value to your community – becoming a governor/trustee is something I would highly recommend!’