Educators: did you know that your skills are in high demand on school governing boards?

School governance is a great opportunity to make a difference in a setting outside of your own education role, as well as a fantastic development opportunity for education professionals. By contributing your experience and expertise, you will provide effective support and challenge to a local school, and your place of work will benefit from the insight and skills you develop. 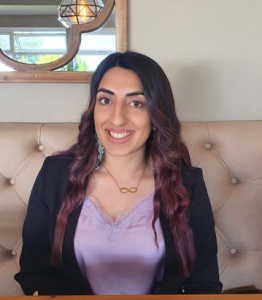 Rupinder Sandhu, lecturer and school governor, spoke to us about why she decided to get involved in governing at a primary school, how her background in education has helped her in the role, and the personal benefits she has experienced.

“My name is Rupinder Sandhu and I am a lecturer and curriculum manager at Sandwell College in West Bromwich. I volunteer as a school governor at Brickhouse Primary School and I’ve been there for just over a year.

What made you initially decide to volunteer as a school governor?

I first became interested in becoming a governor while volunteering for the Inspiring the Future programme, where I spoke to a group of school children about my career – the role of school governor was mentioned and I thought, oh, that sounds really interesting! I thought that it would be a great opportunity to engage with younger people to discuss the creative industries, which is what I teach in the college. I also really liked the idea of giving back to my community through being a governor – it’s something that I’ve done through my role as a lecturer, as well as being involved in local projects such as creating murals and running workshops – it was another way to help support and give back. I’ve loved every single bit of it, to be honest!

What skills and experience have you brought to the governing board from your professional background?

As a lecturer, I’m able to bring my knowledge of the education landscape to the role, and my communication skills and strategic approach have really come in handy during our meetings. I also think that being a younger person has brought a different mindset to the board – I know that a lot of people in my circle thought I was quite young to be a governor but it really helps to bring a different perspective – and I have been able to learn from the more experienced members of the board and been able to build on those relationships which has been great, both professionally and personally.

What have been the benefits to you on a personal level?

It’s been really inspiring to volunteer alongside others who are passionate about helping the local community, and to gain from the training that is offered to governors such as a safeguarding session I attended recently that was really different to my own experience in FE. I’ve also enjoyed going in to the school because it has given me an insight into what different year groups are doing, how the pandemic has affected them and the support the school putting in place to combat that, such as websites for home learning and providing learning coaches. It has been so insightful to learn how a primary school operates in comparison to my own experiences.

If you could bust one myth about volunteering as a governor, what would it be?

Everyone says to me, how do you have the time to do this role on top of everything else? There is a perception that the role takes up a lot of time, but it really doesn’t. There are four meetings a year and the organisers are really flexible in making sure everyone can make it work with their schedules.

I have another myth I’d like to bust – that you can be too young to volunteer as a governor, which is not the case! Another reason I wanted to get involved was that I wanted to champion equality, diversity and inclusion in the community – being a part of the governing board has given me the opportunity to do just that.

If you could pick one highlight of your time, as a school governor so far, what would it be?

It would be one of the sessions where you go in to the school to look at the pupil’s books, to see what they’ve been doing and what they’ve been learning – it’s inspiring to see their progression and the pages full of stickers and positive comments where they have done well. It is just lovely to see the amazing work that teachers and all the school staff are doing to support the children, and make sure that their life in school is memorable.

Would you recommend the role of school governor to other professionals with a background in education?

I would definitely recommend it to people within education, because we’ve trained hard to be where we are and it would be a pity to not share our expertise and our knowledge with other schools. I think it is really important because we know how the system works, we have ideas and insights into what needs to be put in place to help support young people. I would definitely recommend it, in fact I have already recommended it to colleagues!”

Want to join Rupinder and find out more about the role?