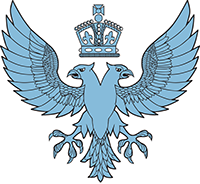 Facing pressures synonymous with schools across the country, at the end of 2016 King’s Norton Boys’ School made the decision to propose closing its sixth form due to unsustainability. The decision, after stakeholder and public consultation, was upheld by the Local Authority. The Governing Board had a number of vacancies when Andrew Collyer was elected chair in January 2017. He recognised the sense of urgency to recruit governors and the opportunity to improve the diversity of the board.

Andrew explains, “Our catchment area reflects a mixed affluent and disadvantaged demographic. We will always receive applications from parents to match parent governor vacancies but, as is the case in many schools, we had a real need to recruit and co-opt governors with expertise in key areas. We had no luck with our network and contacts. As a Requires Improvement school closing its sixth form and with an impending Ofsted inspection, no one came forward. I felt we’d explored and exhausted all routes for finding the calibre of governors I believe we need to achieve our vision.”

Reading about Inspiring Governance in their local governors services email, the governing board’s Clerk suggested the platform to Andrew, and together they developed a plan to use the service to encourage diversity and find the skills they needed to raise standards. Andrew says, “It was really hard to find another option after other services weren’t able to find us volunteers, I thought let’s just sign up and see what happens. We leveraged Inspiring Governance for the diversity of its volunteers, as we wanted to reach young people and those with particular skills. It was absolutely fantastic that 60% of those I contacted replied positively. Inspiring Governance gave us access to people who have already put their hands up, if volunteers were remotely interested I was confident I could persuade them to sign up.”

King’s Norton Boys’ School have filled five positions through Inspiring Governance, and four of their new governors are under the age of 30. To drive the improvements and give every governor a sense of ownership, a role outside of the meeting room and a connection with the school, the governing board has created a link governor role for every governor and is using Inspiring Governance to match make between candidates and roles.

Andrew says, “We were in a real pickle, governance is increasingly complex and demanding and we had lost governors who had been with the school through changes of Head Teacher and a number of Ofsted inspections. We needed a fresh perspective but when you drain the local network where do you go? We’ve now found governors with skills that can help to raise specific standards. There is absolutely no question – we couldn’t have done this without Inspiring Governance.”

Kings Norton Boys School faced their Ofsted inspection in late September 2017. The result? The school achieved a Good rating, with a report that described governors as “effective and committed. They have been crucial to the school’s success.” Ofsted also recognised the impact of Andrew’s plan to grow diversity, saying, “The governing body has reviewed its effectiveness and practices since the last inspection. It is now stronger. There has been careful recruitment of members with specific skill sets. Governors have good knowledge of strategic management, education and finance.”