Julie Robinson is chief executive of the Independent Schools Council, an organisation that brings together seven associations of independent schools, their heads, bursars and governors, representing over 1,300 independent schools in the UK and overseas. These schools are ranked among the best in the world, educating more than half a million children each year. Julie volunteers as a school governor at a secondary school in London and tells us about the positive impact her skills bring to the board table of a state school, as well as the insights brought back to her role that help the ISC support independent schools. 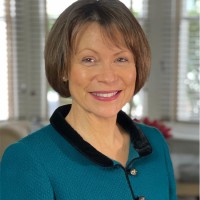 What made you initially decide to become a school governor?

I used to be a teacher and I must say, I really miss it sometimes, so my motivation was wanting to give back to the community and to support young people. And I know that time is always tight but I really felt this was an important role and I wanted to have a close relationship with a state school to help develop my understanding and insight into the community there. I thought it would connect me with issues for young people today and because I’ve been a Head myself in the past, I wanted that sense of school community, I wanted to be up to date with day-to-day issues in a school.

What skills and insight do you feel you bring to the governing board from your CEO role, and from your understanding of the independent school sector?

My ISC work includes dealing with the DfE and school leadership unions, and many of the issues faced are the same across both sectors. Lots of school guidance and policies are identical for both independent schools and state schools so there are insights I can bring to bear directly about current issues of concern, but also of the broader picture, and I can support with practical things like appointing staff to the school, and making suggestions for links across different types of schools.

What skills and insight have you taken from volunteering as a school governor back into your role at the Independent Schools Council, and how has this helped you in your role supporting independent schools?

You very quickly develop a sense of intense loyalty to your school when you’re a governor, and I feel that I’ve come to understand some of the pressures on that local community which has helped inform decisions and thinking, and when I’m talking to other schools, I can draw anecdotes from my own experiences in a state school. So it’s really benefited me hugely, more than I could have predicted at the start. It’s been really, really helpful for me in terms of understanding the national context for education, and that feeds into my work.

Would you recommend the role of school governor to others working in the independent sector?

I’d recommend being a governor to everyone because it’s such a fulfilling form of voluntary service. Anyone from any background has skills to bring to governance, but where the independent sector is concerned, there’s a special opportunity really to make contact across the community and build relationships that can lead to collaborative working and that benefits schools, both in the independent sector and in the state sector, which is a very special thing.

Encouraging collaborative working, working as partners across a local school community and responding to local needs – these are things you can really achieve if you’re working in one type of a school and governing in a different type of a school. It’s such important work. I really hope that independent school staff will consider becoming a governor at a state school.

Interested in joining Julie to make a difference by volunteering as a school governor?