My name is Joel Summers, and in my day job I work in equality, diversity and inclusion for a large, UK-wide professional association and trade union. Prior to this, I worked in project management for an education charity, and I started out my career as a classroom teacher, spending several years working in inner-London secondary schools. 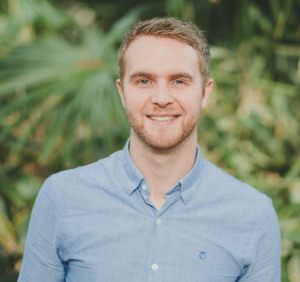 I first became interested in becoming a school governor as I still had a passion for education and working in schools after leaving my classroom-based role. I had already gained useful insights into how governors work as critical friends to school leaders on a range of areas around running a school, from offering the perspectives of parents or caregivers, to financial oversight, to operational and recruitment expertise. I felt that becoming a member of a governing board would be a great way for me to give back to the local community and keep my interest in education alive and current, and I felt my time working directly with students and teachers would be very valuable.

I have lived in south London for the past seven years and have been a governor at Ark Evelyn Grace Academy for the past three years. The area in which the school is situated is a short walk from Brixton station, and is alive with a diverse and youthful cultural backdrop. However, the area is certainly not without its challenges around social mobility, housing and mental health issues, all of which are felt acutely by many of the students that attend local schools and their extended families.

This was another reason I was so keen to join a governing body – if in some small way I would be able to contribute my skills to supporting an institution doing amazing work in giving children the best available prospects in life, then this was something I felt I should become actively involved with.

A great part of being a school governor is that my own responsibilities and involvement with my school’s board are manageable and fit easily alongside my career. The board convenes for a three-hour meeting around four or five times per year. The papers for these meetings are sent out by email a couple of weeks in advance and I usually spend a few hours reading these. In addition, I usually attend an annual half-day strategy meeting around the start of the academic year and sit on one or two exclusion panels a year, which are usually half a day in length.

There is a strong sense of community on governing boards. Meetings can be challenging and the decisions that we take are often incredibly significant, but holding principals, headteachers and their schools to account is certainly not as heavy-handed as it sounds. For anyone seeking to get into school governance, you will probably be pleasantly surprised early on by how much fantastic work and innovation goes on behind the scenes. Feeling that you are working alongside and for the same ends as dedicated teachers is a really satisfying part of the role. This innovation and genuine commitment to students’ futures and well-being is not only supported by a strong governing body; it can be enhanced through governors’ expertise and honest appraisals of the way in which a school is performing.

Responsibilities and time commitments as a governor vary from person to person and school to school. Some institutions are part of multi-academy trusts or other school networks which have comprehensive and standardised governance procedures and frameworks which alleviate some of the burdens of agenda setting, deciding priorities, and directing the areas in which governing bodies are and aren’t involved. Other schools may have smaller governing bodies or may not be part of a larger network, meaning governors’ duties might be more ad hoc or require more of their time during the academic year. This is definitely something I would advise aspiring governors to consider: Do you want to be volunteering your time in a school which operates along quite established governing processes, or would you perhaps consider joining a school which might be in the early stages of developing a strong working relationship with its governors? These are important questions to discuss with the chair of the board or the principal to best determine how and what you can contribute to the school’s mission.

Above all, I find being a governor to be one of the most meaningful things I do; meeting with students in a new context, supporting senior leadership, and being a valued member of a group that has oversight in a school’s operational and financial decisions is both fascinating and meaningful. It’s a way of volunteering time and skills that I feel more young people from diverse backgrounds should consider, and it can be an extremely engaging way of providing a much needed and often overlooked service to local communities.

The views expressed in this post are my own; they do not represent those of my employer or the school at which I am a member of the local governing body.