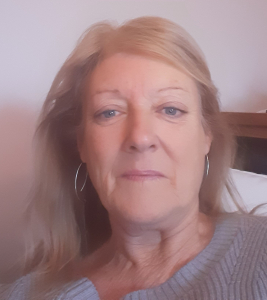 Catherine Horsley, HR business partner at HMRC, volunteers as a school governor at a faith primary and junior school in the North East of England. We asked Catherine why she initially decided to become a governor, the benefits the role has brought both professionally and personally and the reasons why she recommends the role to others.

What made you initially decide to volunteer as a school governor?

I became a governor because my son was a student at our local school – and stayed on! At that time I was working full time and I wanted to play some part in what he was involved in, so the role brought me closer to his activities while I was to working in the department – and I’m still there, so there must be more keeping me there!

What skills and insight have you brought to the governing board from your professional background in HR?

When the school has conducted interviews, and particularly over the last few years as the recruitment process has evolved, I’ve brought knowledge from my working life into the school. I bring insight into the recruitment process and have acted as a sounding board for the head teacher over the years – we’ve had a number of changes of people in that role over the years, and recently had a very quick change over, so I felt I was a stable connection for the incoming candidate and used quite a lot of my experience of communication and stakeholder management. This also helped to embed new policies, particularly latterly around the COVID situation where I was able to transfer my experience of HMRC set up of safeguarding and hygiene protocols to the school.

What skills have you taken from volunteering as a school governor back into your work setting, and has this helped you in your role?

Seeing the way the governing body is set up and managed and using distance management is something I’ve been able to apply in my role, particularly through the pandemic – looking at the way we do that as a governing body while being able to contribute and add value has been really useful. Watching the school manage their’ bubbles’ has also enabled me to pass some of those best practices back into the workplace. Some of the presentations and some of the IT the school have used during the pandemic has been quite spectacular for a small school in a deprived area, so I’ve certainly brought some of those skills back as well. But in general, I think being part of a governing body, you get to meet so many people from different walks of life, which you can apply at work. We have different members of the governing body, from parents, to faith leaders, to clergy, and many more, and in the middle of it all, of course, your chief commitment is to the children to try and make sure you’re doing something to enhance their lives.

What have been the personal benefits of volunteering as a governor?

Initially, it was an opportunity to feel included in my son’s life when he was young. I felt that connection, I knew what he was involved in and what the whole school was doing, the environment he was growing up in, and I thoroughly enjoyed that. But I think in later years, as I continued with the role and became safeguarding officer, to know that many children who come from difficult backgrounds are coming into a really safe environment, they’re getting a great school lunch and a really good education is just so rewarding.

If you could bust one myth about being a school governor, what would it be?

It would be around the time factor – volunteering does not take up all of your time! The one thing I hear a lot is that people think they do not have enough time to commit to the role, and actually, what I have found is the initial commitment is perhaps one meeting per term and after that, you can put in as much or as little as you want to. You might get the bug and want to become more involved, which is exactly what happened to me!

Would you recommend the role of school governor to others?

I would recommend it, definitely, it’s a great thing to be involved in. Being part of the community,  enhancing your professional skills, the chance to learn so much personally, meeting people from all walks of life and helping children get the best education. It’s brilliant.