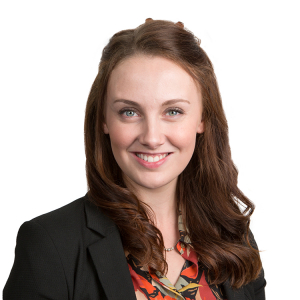 Natasha became a governor at Old Basford School in Nottingham using the Inspiring Governance service and is soon to be a qualified lawyer.

‘’After obtaining a training contract at Gateley PLC, I began my LPC at University of Law (Moorgate), graduating with a distinction in 2017. Following this, I moved to Nottingham in August 2017 to begin my training contract with Gateley PLC.As a trainee solicitor, I have completed seats in banking, employment, real estate and have now started my final seat in corporate, before I qualify as a solicitor in September 2019’’.

Natasha was appointed to the board in May 2018, shortly before her 25th birthday.  Situated in Nottinghamshire, near to where she lives,Old Basford School is a primary with a strong community feel to it, rated as “outstanding” by OfSTED, but difficulty recruiting governors forced it to turn to Inspiring Governance to fill a number of roles on its board. Becoming a governor in a school so committed to raising the aspirations and self-belief of its pupils, felt like a natural progression for Natasha. Her mum became a primary school teacher when she was 9, so she grew up with a basic understanding of the background of how a school operates and the difficulties facing the education sector

My mum would often speak to me about the governing board at her school and how she had seen both good and bad governance during her time teaching. The typical governor at her schools are usually older with children. However, as a young professional with no children, I thought that I could bring a different dynamic to a governing board and a fresh point of view, particularly with regards to well-being and mental health’’.

Although she has only been a governor since May 2018, Natasha hopes to become more experienced and more comfortable within her on the governing board.

‘I look forward to effectively challenging the head teacher at my school where required, but also offer support and understanding to issues that arise. I am the ‘Year 3 & 4’ governor at my school and have my first school visit as a governor next week’. After meeting Richard, (Inspiring Governance Midlands Regional Manager), at an employment seminar, he was able to support me in finding a local primary school that was in need of a community governor. He contacted the chair governor of the school and setup the initial meeting so that I could visit the school and learn more about the governing board there’.

The interview process, according to Natasha, was not too daunting and more welcoming than she expected, as ‘it was more of a discussion with the chair to see whether the school would be the right for Natasha, and vice-versa’.

‘I met the head teacher and had a walk around the school so that I could see how big the school was and the different initiatives that had been implemented. I then chatted to the chair about my experience, why I wanted to be a governor, and what I could bring to the governing board’.

And – Natasha would recommend school governance to a friend.

‘Every friend my age has been surprised when I have told them that I am a school governor as they had misconceptions that you could only be a governor if you have children or have previous connections to a school.  This isn’t true in the slightest. The transferable skills from being a governor such as analysing data, making business decisions and being a member of a governing board are extremely important and can help not only support your local community but also benefit your career. I am proud to tell my friends about my role’.

If, like Natasha, you feel that school governance could the right fit for you, why not sign-up with Inspiring Governance to find an opportunity in your area!